AA South Florida Dentistry > About Us > Blog > Dentistry > Is It Worse to Skip Brushing Your Teeth or Flossing?

Is It Worse to Skip Brushing Your Teeth or Flossing?

Which one is more important?

Oral health is important to your general health and well-being. The American Dental Association (ADA) advises you to brush your teeth for two minutes, twice a day with a soft-bristled toothbrush. The ADA also recommends flossing at least once per day. But is brushing or flossing more important?

Brushing and flossing are both important for your oral health. Both should be done together. “Flossing and brushing isn’t really an either/or equation for optimum health,” explains Ann Laurent, DDS, of Dr. Ann Laurent’s Dental Artistry in Lafayette, Louisiana.

“However, if you had to pick one, flossing is more important if done correctly,” she says.

The goal of flossing and brushing is to remove plaque buildup. Plaque consists of active colonies of destructive bacteria, which basically eat and then excrete on our teeth. Brushing only removes plaque from the front and back surfaces of your teeth.

To take full advantage of the benefits of flossing, you need to first learn the correct way to floss.

“Proper flossing involves wrapping the floss in a ‘c-shape,’ and covering as much surface area of the tooth as possible. You should cover about half the diameter of the tooth from each angle. Make sure to move the floss up and down along the outer surface and under the gum tissue,” Laurent says. “This way, the floss will clean plaque from both the outer and inner surfaces of your teeth, as well as beneath the gum tissue.”

While brushing and flossing may sound simple, a 2015 study suggested that most people significantly neglect brushing oral surfaces and use floss insufficiently.

Regular flossing can also help limit the development of cavities, but you must make it a habit. According to a 2014 study, proper dental flossing relies greatly on self-monitoring and its correct use. 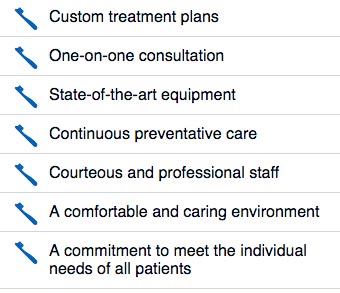